Andy Carter is a goddamn artist. And not the Subway fuckin’ Sandwich kind, but rather, like those bros the Ninja Turtles are named after kind. The dude is absolutely one of the most inventive bike builders in the game right now. But these werds aren’t about his groundbreaking motorbikes they’re about process and they’re about making shit. 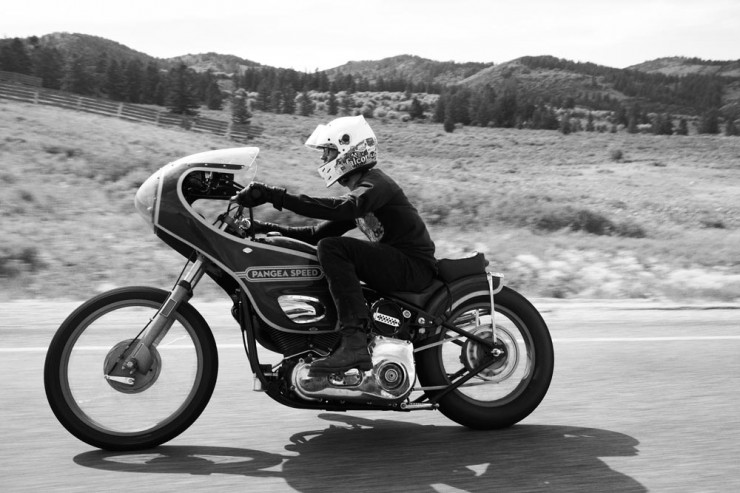 In conversing with Andy, maybe the most compelling thing that we discussed was his indifference to creating for the masses, or even making stuff that anybody likes for that matter. I mean, the dude could very easily rattle off and slang flat black bobbers till he was in Warren Buffet’s tax bracket, but he’s just not into that shit. Rather, the self- proclaimed “professional metal masher” would prefer to “Piss people off” and make shit that he’s stoked on, saying, “It’s just a motorcycle, if you don’t like it go fuck yourself.” In a world of cookie cutter Orange County Chopper dickhead designers, it was refreshing to hear, and an important lesson for creatives of all disciplines. If you make it, your name goes on it and you have to live with it, so, as one bad bitch once said, “Write the book you want to read.” Or, build the bike you want to ride. And with any luck, when it’s all done and said, other people will dig it as well. And if not, well, fuck ‘em.

A big part, and I mean a huge part like John Holmes’ nether regions of creativity is inspiration. Boom, dick jokes. It’s well documented again, like John Holmes’ nether regions that you’re only as good as the stuff you surround yourself with. Like most creative folk, Andy draws his inspiration from a wide range of sources. He singled out Eames and Lichtenstein amongst his 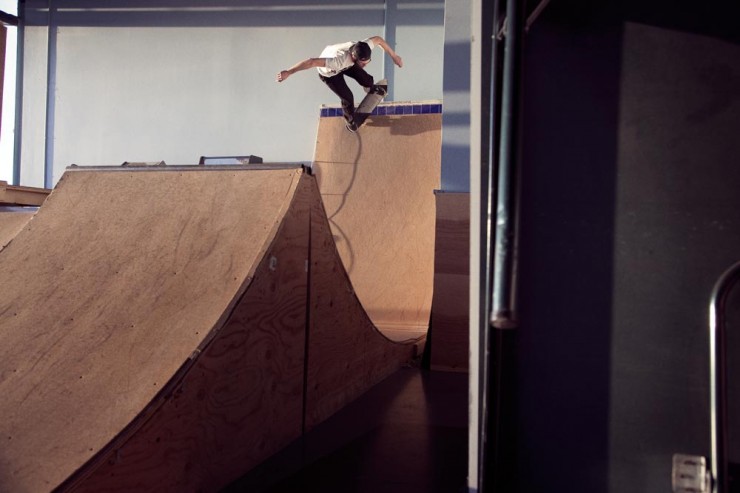 influences, which, admit it, is pretty fucking rad for some dirty “metal masher” biker dude. Beyond maintaining a deep intellectual curiosity and drawing inspiration from legendary artists, designers, architects and the like, Andy simply likes to “get weird” from time to time. “I like to build furniture and I’m trying to get back into painting. I don’t know, I just like to build crazy, random shit sometimes.” There’s a lesson in here, kiddos and that lesson is step outside of your comfort zone and into the Danger Zone, Kenny Loggins style. Learn to play the keytar. Make fucking origami. Befriend some larpers and get medieval at the park. Play with your gens it’s not against the law. Whatever, just do stuff.

Keep It In La Familia

[No, this is not a section about incest]

Sponging off super talented dead people is key, no doubt, but Andy also noted the importance of surrounding himself with people he trusts and looks up to most notably, his pops. “My dad has no problem calling me an idiot. If something isn’t working he’s going to let me know about it.” Again, creative friendos share your work and share it often, share it with smart people who won’t hesitate to tell you when you’re blowing it. Shit, really teed up another dick joke there. Breathe. Breathe. Okay. Better. As I was saying, Andy couldn’t stress enough how important it is to have a crew that keeps him on point. “I’m a slacker, so having friends with the talent and work ethic that my friends have is huge. They’re a constant inspiration.” Remember ladies and gentlemen, regardless of what it is you do, there are other people out there working their tits off to be the best they can be as well, so keep your feet on the ground and off the desk. Well, maybe.

It’s Cool To Be A Lazy Dickhead Sometimes

[Except when it's not] 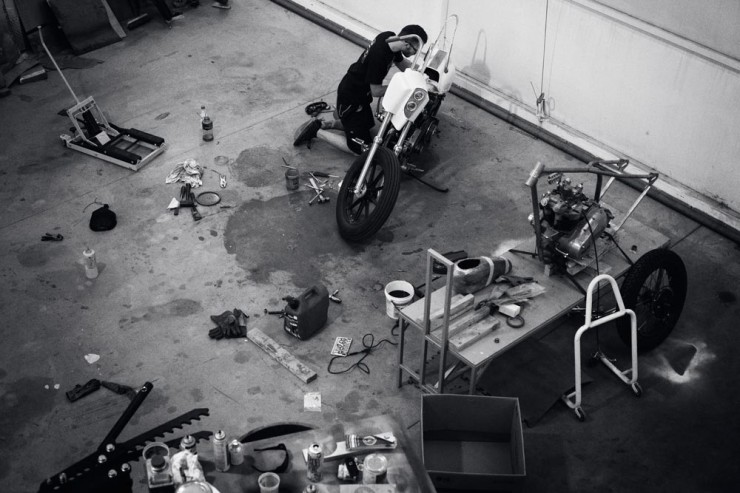 While creativity is all about keeping that muse dancing like a bastard on your grey matter, Andy also talked at length about the necessity of stepping back from his work, getting out of his head and getting down with procrastination. Amongst the things Andy likes to do during his self-administered fuck-off time are skating, listening to tunes and riding his motorcycle well beyond legal speeds. Again, this is a lesson to be learned let yourself be dumb. Whether you enjoy turning off your brain with a hot mini- ramp sesh or catching the latest Vin Diesel flick sometimes giving your brain a little break is just what you need for your next big creative breakthrough.

So you’re going to make the shit you want to make, your homework is done, you’ve posse’d up with a good crew and you’re all rested up now it’s time to execute. Creativity means connecting the dots. We’re all the collective composition of everything that we’ve ever seen, heard, tasted, experienced, and whatever. So while that motherfucker in the Old Testament was mostly right about nothing being new under the sun, he was only mostly right. Taking a hybrid/remix approach to your work is something that Andy embraces, as should you. As Andy so eloquently put it, “Put your own twist on it. Push yourself. Experiment. Always sweat the details, and love the process.” Knowledge, Andy Carter style. Get into it, kids. Get into it hard.

In conclusion, get out there, be creative and make some shit. For realsies though, beat it you fuckin’ nerds, and be sure to checkout Andy’s stuff at pangeaspeed.com. Also, do your eyeballs a solid and checkout more hot snaps from Steven Stone at: stevenstonephoto.com.