When the sun has set, everything turns black. black as coal, black as night, but not nearly as black as gods revolver. Mean instrumentalist extraordinaires, GR has been working their lurid hardcore business for over half a decade now. God’s Revolver has learned to capitalize their name, telegraphing that they are LOUD...loud enough to no longer go unnoticed in the rock & roll world. Their debut album Little Black Horse Where Are You Going With Your Dead Rider? (released in 2007 on Exigent Records) evinced their hellfire disposition for the coming rock n’ roll wrath and whiskey-drenched offerings from my favorite vernacular malcontents. 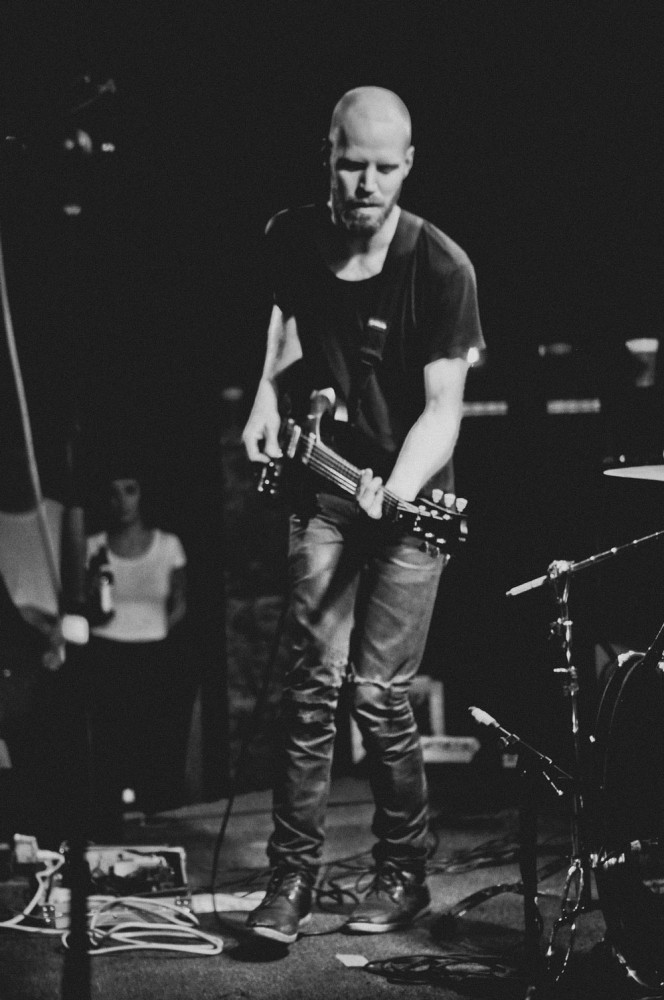 Gods Revolver (Reid Ross: Vocals, Elliot Secrist: Bass, Trey Gardner: Guitar, Jon Larsen: Guitar, Adam Loucks: Drums) produces what they have previously referred to as “Whiskey-soaked Western Rock”. Once you tear away the metallic layers their songs, although heavy, are tastefully stocked with of an overabundance of old-school blues licks and riffs combined with quintessential classic rock elements. The best part about GR is that their live show sounds inexplicably similar to their record, which is a chasm that many bands have failed to cross.

The inception of Gods Revolver seemed to come out of nowhere, literally. Right-smack-dab in the middle of Mormon country – there brewed a band of would-be outlaws hell-bent on guzzling bourbon and proving that they are better than all of the audible classic rock revival/radio carbon copy bands out there. “I played in hardcore bands forever and we were looking for a new guitarist for my band at the time [Parallax]…no one worked out.” Says Secrist. “Then Trey [who then played in a couple of punk bands] came over one day and we wrote two complete songs in a few hours. I met Jon the same day.” At that point Eliot hopped on over to bass and they wrote a few more songs, but something was still missing… vocals. “We tried to find someone who had a brutal hardcore voice and ran into Reid in Logan, UT. We ended up hanging out that night and asked him to record vocals the next week. “A week after Reid recorded his vocals, he moved to Provo. We stole him from Logan.”

With a full album as demo tracks conceptualized and recorded, Gods Revolver made the move to Salt Lake City two or three years later. In fact, that’s how a lot of things come to pass on the GR time-scale…in years. “We definitely don’t do things fast”, says Secrist. “It took us a year to record the demo and then it took another year to put out the record. We do everything slow, which makes us a b–and that will never break up. We’re not around each other enough to get mad and we’re not trying hard enough to get angry at one another.” That doesn’t mean they haven’t had their fair share of ‘altercations’ internally or otherwise. In 2008 they were thrown out and banned from a Provo venue for stripping down naked on-stage in the middle of their set while Adam (high on mushrooms) felt it necessary to frisbee-toss his cymbals into the crowd. On their last tour there were fists flying, blood splattering and knives being pulled amongst the guys. 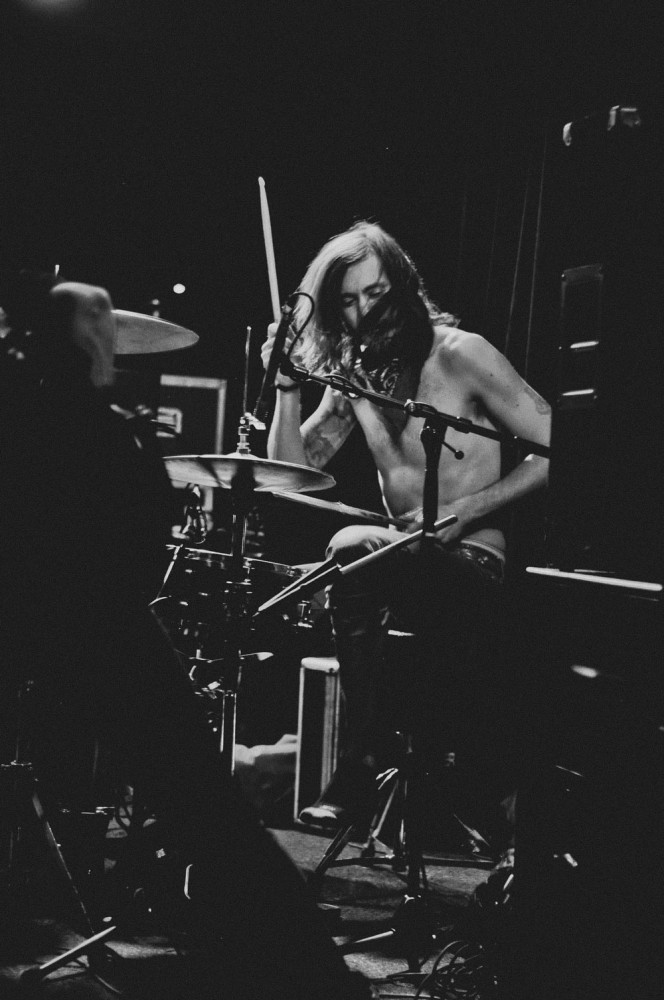 “Last tour was brutal”, states Secrist. “We broke down daily. Jon, being a mechanical genius, fixed the bus every single day. We ended up spending thousands of dollars on that tour.” With the pressure boiling and stress level at an ‘eleven’, there’s bound to be a bicker or blowout. The band arrived in Columbus, Ohio at three a.m., naturally realizing they couldn’t play at that point. However, there was still a horde of people scattered outside and throughout the bar when the owner asked them to set up and play. “Everyone was on shrooms at the bar. It was a private party. When we started playing, the crowd looked fifty percent amazed and fifty percent terrified”, says Secrist. The night ensued with Eliot and Adam heavily shit talking while loading their gear out of the bar. Gear was dropped, smashed, kicked around and soon afterward, running–start fists were flying. “That was the hardest I have ever been hit in my life”, Secrist admits. “I pulled out a knife and I quickly realized how stupid it was…what am I going to do with that? I punched out a window on the bus and left.” With a bleeding hand,  which soaked red through all of his clothes, oozing through his pants and sweater he then loitered on the streets of Columbus, passing out in countless locations throughout the city. “People thought I was just a bloody freak stumbling around…the Columbus Marathon was the same morning”. Using the skyline as a reference point, Elliot found his way back to the bus. The two band members exchanged apologies and proceeded to describe their version of the previous night. Stories including a drug deal gone terribly wrong, eventually finding every drug on the planet and consuming it and ultimately getting robbed. Still, I’m leaving a lot out.

Love ‘em or hate ‘em, they couldn’t give a rats ass. They’re intelligent, talented and charismatic fellows with a live show that will melt your face off – and the music to match. But while evidence suggests great performances and great records are becoming mutually exclusive ideals for aspiring musicians, Gods Revolver proves that, with a little patience, you can still have it both ways.

Minimalist at the Maximum Degree

Henderson’s lyrics from previous records (i.e. Band of Annuals who have been described as ‘leaders of folk in… Read more