Minimalist at the Maximum Degree

Contradicting some scientific principle of expansion, Jay William Henderson produces more than he ever has with his minimalist approach to making records. Such is the case with The Sun Will Burn Our Eyes, Henderson’s debut solo album which is available online or on vinyl. “This record is more deeply personal, but it’s not about my own tangible or personal experiences”, says Henderson. “Less about scratching the surface to get to my songs...more soul searching.”

Henderson’s lyrics from previous records (i.e. Band of Annuals who have been described as ‘leaders of folk in Salt Lake City’) have been somewhat of a magical mystery tour, by design. Vague at times, but always hitting home, no matter whose perspective you put it in. “A lot of my songs are very personal, but the content on this album is less literal… more ‘given’ than written.” 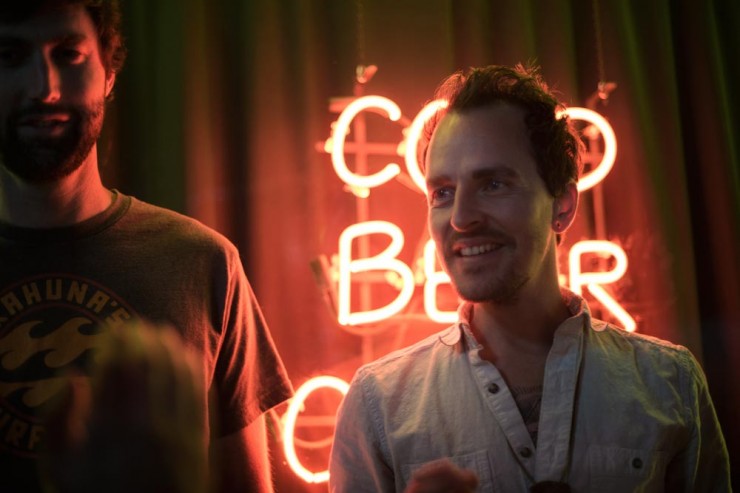 The extent of labor Jay puts in to making everything happen is quite impressive; he is completely self-sustained – writing and recording his own songs in his own at-home studio, Feral Frequency. This is where Jay floats the great divide between home recordings and studio recordings. “Most listeners do not realize what it takes to make a record. I understand how it can be hard to pony up a dollar for a song when you can stream it online for free, but paying ten dollars for a record that cost me (depending on the record) ten thousand helps me in the recouping process”, Henderson admits. “Of course you can do records on a shoe string budget, but after all is said and done you want to make a record for yourself that you can be proud of, but you also want to make a record that grabs
people and pulls them in.”

Such is the case with the striking title track, “The Sun Will Burn Our Eyes”. The first few seconds are simple with an acoustic guitar softly blowing in the breeze. The song slowly thickens with an overwrought variation of peddle-steel by Dylan Shore, wielded with taste and restraint, it adds just a touch of evocative atmosphere. Ephemeral female vocals seem to lurk in the corner and fade in at the chorus while bowed strings (played by Anton Patzner) seep in from the next room over, or echoing from the late night before. Henderson makes music that could be commissioned by these moments of shattered spirits of hanging on by a thin thread, but nonetheless…hanging on.

Henderson started writing songs anchored by minimalism and the end product is just that. However, the number of hands put into this new solo record is surprising. Pump Organs, Double Bass, Trumpets and Trombones, Chellos and Clarinets are but a few varnished instruments you might recognize on The Sun Will Burn Our Eyes. This fact should not take anything away from the recognition he deserves.

“I worked with a lot of musicians to create thiS record. it is a different group dynamic, but it’s still a group effort. molded by the music itself.” 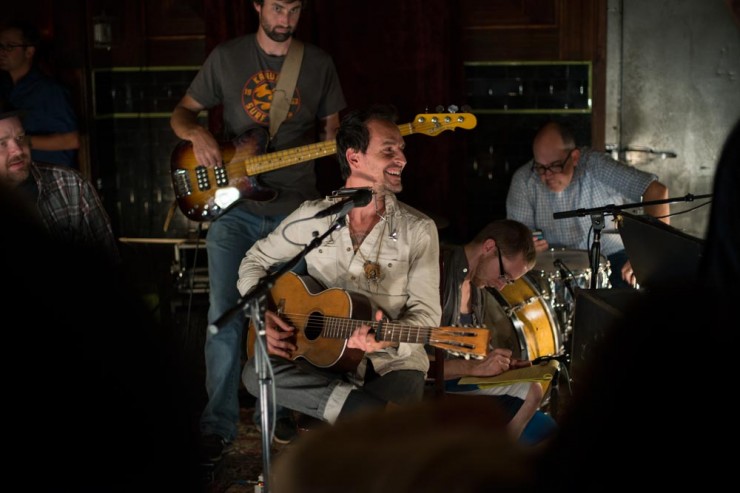 Blake Henderson of TaughtMe co-produced the record, which forced Henderson to let go at times. “Blake is so brave about how he approaches the sounds that come in and what he forces out of the recording itself.” Jay’s harrowing voice and the record’s subtle domination of quietude translate a different breed of power. At its own quiet level the playing is intensely focused, accenting the slow burn underneath. Despite the beautiful melodies, the songs still ache with yearning.

The personal connotations in Henderson’s songs are never colored in broad strokes; instead, they simmer consistently until you realize flames are shooting everywhere. The distinction – refusing to declare intentions before it’s too late – is what makes his music slip between the margins of country and folk, a beguiling area where not many song writers can comfortably stake their ground.