Snow Money: The Rise and [Fall] of Cale Zima

As Cale and I sat on his back patio (or “cabana” as he likes to call it) drinking beers and talking about whatever came to mind, I almost forgot that I was doing an “interview” with him. Now, I am going to go out on a limb and say that Cale is probably one of the most likable people that I have ever met. He is one of those guys who is always smiling, laughing, and generally having a good time.... but then again, why wouldn’t he be? As an up and coming professional snowboarder, Cale gets free shit from his sponsors, travels the world, and gets paid to snowboard. It doesn’t really get much better than that when you are twenty three years old. That is, unless, you blow out your knee. 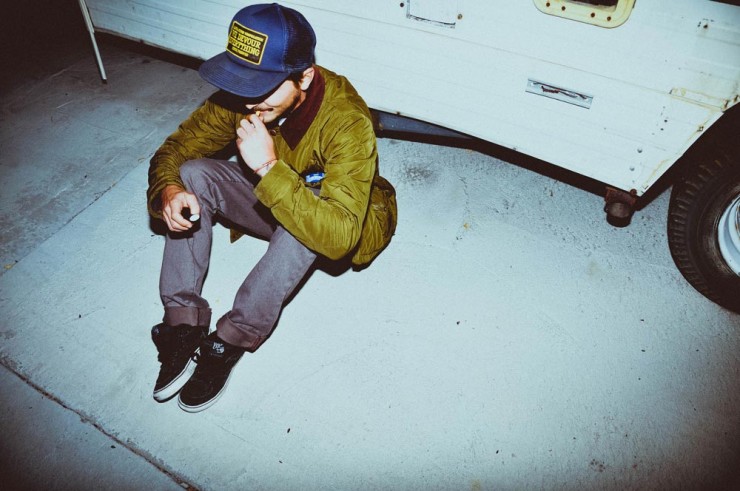 “I would have landed, but my knee gave out. I heard this loud ass ‘POP’, and I pretty much knew I was fucked” he told me while lighting his cigarette. “It pretty much happens to every pro” he said. Last winter, while touring through Michigan, Cale sustained a season ending knee injury while attempting to ollie a street gap. “I over shot it….. by a lot!” he said chuckling. “It sucked because it was the first trip that I went on that year. Luckily, I was able to film about five shots that will be in the ‘friends’ part of the new Absinthe video this year” he said. Now, for those of you who don’t know anything about Cale, he isn’t your stereotypical snowboarder. You are more likely to find him jumping off of a 20’ parking garage or sliding down the handrail of a double set of stairs, than you are at a half pipe competition. Don’t get me wrong, Cale kills it on the mountain as well, but his bread and butter is in the streets, and he does it better than anyone else that I can think of.

While growing up at the base of Little Cottonwood Canyon, Cale started off skiing along side his mom and his twin sister Keegan, at the age of five. “My mom is a ripping skier. She is awesome!” he told me with a smile. “ She hasn’t done it in a while, but she kills it”. By the time he turned seven, Cale decided to make the switch over to snowboarding.

“I guess i decided that i wanted to rebel at the age of seven, so I started snowboarding. plus all the ‘cool guys’ were doing it…”

he said laughing. “I remember taking two snowboarding lessons with my dad, but he hated it, so we ended up going off and learning on our own”. Within a few years, Cale found himself riding whenever he could. “I remember going everyday after school” he told me. “My friend Brock ended up getting a camera and we would go film all the time”. “ So, were you one of those kids who planned on being a professional snowboarder?” I asked. “It had crossed my mind, but I wasn’t really planning on it. It just kind of happened”, he said. “ It is pretty much just who you know. Matty Ryan is the reason I got all of my sponsors. I pretty much owe everything to him”. 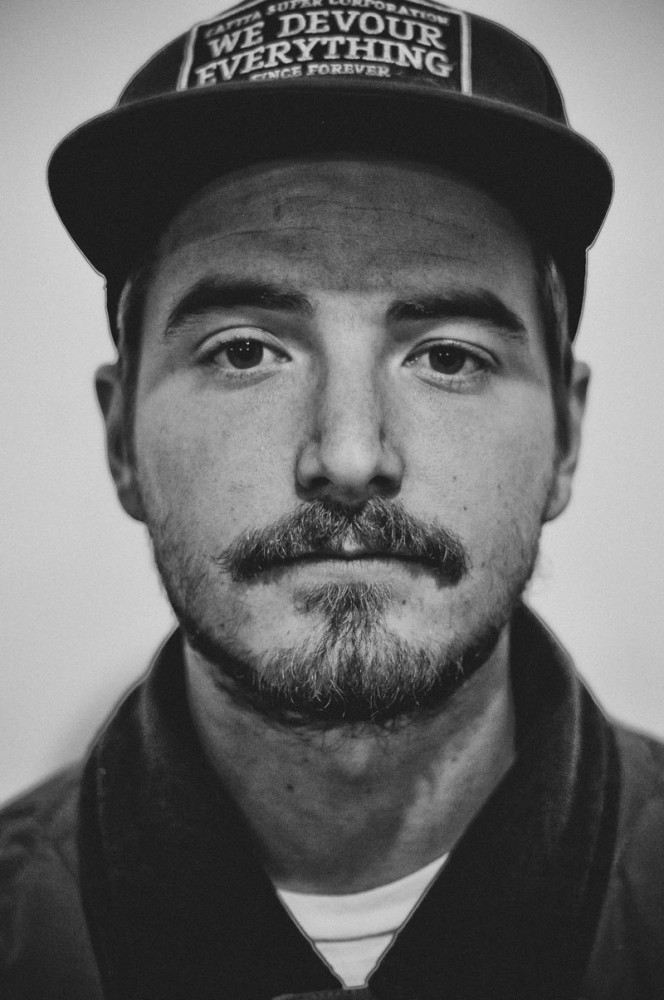 Once he officially became a pro, Cale started traveling the world in support of the different snowboarding movies that he appeared in. “Yeah, I was in Europe for like a month. I got to go to seven or eight different countries”, he said. “France was probably my favorite country. We went to this place called Grenoble, where they had these castles that were built into their rocky mountain sides. It was rad”. Even after traveling the world, Cale still has an affinity for Salt Lake. “I love Salt Lake. I like how close everything is. I can ride my pedal bike from here (Sugar House) to any bar downtown, and it’s not that big of a deal. Plus, if you get sick of the city, you can drive fifteen minutes and be in the mountains. I think that Salt Lake is a great place for music as well. There are a bunch of good venues here. I just wish more rap would come through”. Just by looking at Cale, you probably wouldn’t suspect that he is an avid fan of gangster rap. “I am really into Bun B right now” he told me. “But I am also into Hank Williams III, and I love Fleetwood Mac. I wish I could get a really cool Fleetwood Mac t-shirt somewhere.” After rambling on about our different musical tastes for a while, we got back to talking about Salt Lake. “I like to shoot pool at the Sugar House Pub, but if I am looking to get hammered, I like to go to the Jackalope; the drinks are cheap there”, he said smiling. “ I like to go eat at Spedelli’s Pizza, those dudes are rad. I also like the Red Iguana, and Market Street Grille. I love seafood”. Cale informed me that if he was stuck on an island, and he was only able to eat one food for the rest of his life, Scallops would be his choice.

So if you ever run into Cale at a seafood restaurant, make sure to buy him a beer and a round of Scallops. He will probably end up being your friend for life.

As the case of beer started to diminish and his roommates started trickling home, I realized that I had better get a few more questions in before we inevitably went out to the bar. I was curious to know what he thought he would be doing if he wasn’t snowboarding professionally, and if there was anyone that he wanted to thank (because I know his friends are going to be looking for their names somewhere in this article). “If I wasn’t snowboarding, I would probably be doing something with my hands, like welding or something. I also think it would be rad to open up a calzone shop. You can put anything in a calzone, and it tastes great!” he said with a laugh. “ Yeah, I would like to thank everyone who has ever lived in Salt Lake, Bob Plum, everyone who lives in 759, Mikey, little Jeff, all the homies, anyone who has ever opened a local anything, You, Slug mag, Arkade mag, all the local bands, everyone that I have ever met that has been nice to me, and all my sponsors”.

Luckily for the snowboarding world, Cale has made a full recovery, and plans on making up for lost time. I am sure within the next couple of years, you will be hearing a lot more about him… because he really is that rad.