They say that you can tell a lot about a person by the way they handle their business. If there is any truth to that saying, Roxan Morin might be the coolest person in Salt Lake. She is the partial owner of one of our favorite downtown bars, The Jackalope, and she agreed to sit down to talk about life, goats, tattoos and her burning passion for a young Rutger Hauer.

REVOLV: So, I was getting a little worried about you… 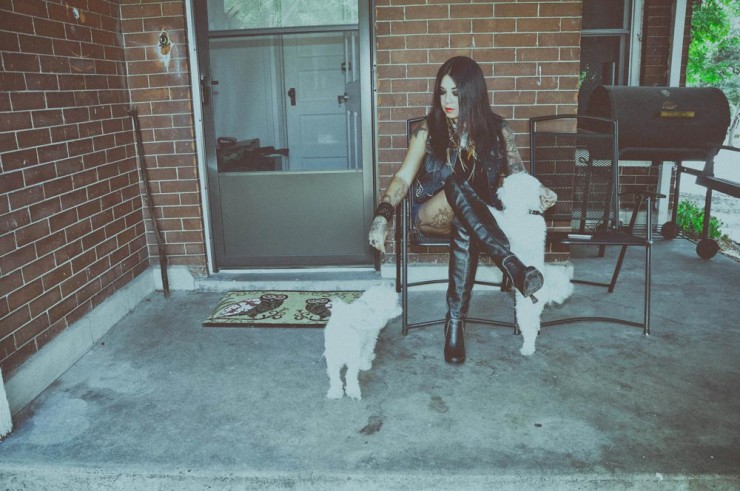 REVOLV: I was knocking on your door for like five minutes and you weren’t answering. I thought that your cute little dogs might have decided to turn on you. They were definitely giving me the “murder eyes” while I was ringing your doorbell.

ROXAN: Haha, sorry! I was at the grocery store.

REVOLV: It’s cool. I am just glad to see that you’re alive.

REVOLV: Alright, I am about to ask you a series of very personal and uncomfortable questions. Are you ready?

REVOLV: Because we need to print something juicy for the magazine, duh.

REVOLV: Where are you from?

ROXAN: I grew up in Los Angeles (laughing)

REVOLV: So, why the hell are you in Salt Lake? Isn’t LA way better?

ROXAN: Haha no, I love Salt Lake. I like the people here, I like the food, the mountains, I like almost everything about living in Salt Lake…except for this inversion.

REVOLV: Yeah, this inversion is a total bummer.

REVOLV: What brought you here from Los Angeles?

REVOLV: What? I am confused.

ROXAN: I moved from LA to New Orleans to live with my boyfriend, at the time. He had a house out there, so we lived there for a while and ran a tattoo shop together.

ROXAN: So, after we broke up, my friend Nate (who started up the Jackalope) asked me to come out to Salt Lake and run the bar for him.

REVOLV: Did you have any bartending experience?

ROXAN: Yeah, I was managing a bar in New Orleans at the time called the R Bar, so I knew what I was doing.

REVOLV: I had heard that the Jackalope was on it’s way down before you got here, but now it is killing it. That’s pretty impressive. What’s your secret?

ROXAN: Just being here and knowing how to run a bar properly. Before I showed up, it seemed like it was more of a clubhouse for all of Nate’s friends, than an actual bar.

REVOLV: What is it like running a bar in Salt Lake? Especially as a woman and being covered in tattoos? Do people treat you differently?

ROXAN: I usually don’t go out of my way to let people know that I own the place. But I feel like everyone treats me very nice. I have never run into any problems.

REVOLV: Speaking of tattoos… What was your first tattoo?

ROXAN: It was a giant biker tattoo that went from my shoulder down to my waist. I got it when I was thirteen.

ROXAN: Yeah, I grew up around a lot of bikers when I was young. It’s covered up now though.

REVOLV: I think that you are now, officially, the most badass women I know.

REVOLV: Speaking of badass’, rumor has it that you dated Lemmy for a while? (yes, I am referring to Lemmy from Motorhead)…

ROXAN: Yeah, Lemmy and I are friends (smiling).

REVOLV: What’s the story there?

ROXAN: I met him when I was seventeen. He came up to me at this magazine party, asked me for my number, and we ended up hanging out with each other for like a year. We have stayed friends ever since.

REVOLV: That is awesome.

REVOLV: Alright, lets get back to the bar. What is the craziest thing that you have seen while working at the Jackalope?

ROXAN: The most ridiculous thing that I have seen there was when some guy tied up his goat outside of the bar, and the goat got impounded (laughing).

ROXAN: Yeah, and the girl that he was with was outside puking, and while she was puking the goat was head butting her (laughing).

ROXAN: Yeah, it made the news and everything. This guy was supposedly trying to raise money for some orphanage in Uganda by walking across the country with his goat, but all that guy did that day was get drunk at the bar.

REVOLV: Aside from having to deal with goat wielding patrons, would you encourage someone to open up their own bar? What advice would you give them?

ROXAN: I don’t know. I think that if it’s what you love to do, it’s worth it. I like working in the bar industry, so I enjoy it, but it’s a lot of hard work. I love and hate it. 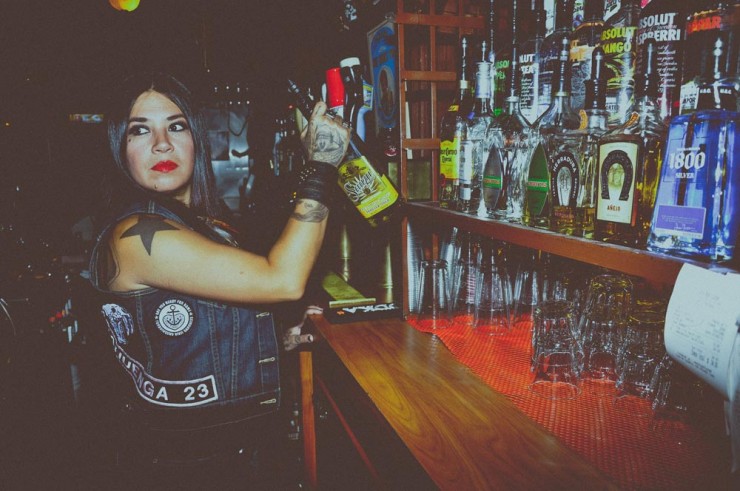 REVOLV: What are your thoughts on the bar industry in Salt Lake? Has it been improving since you have been here?

ROXAN: Definitely. Now you can actually walk around the corner to a couple of different bars. Before, everything was a lot more spread out. It has grown a lot since I have been here.

REVOLV: What is the best tip that you have ever received?

REVOLV: Whoa! At the Jackalope?

ROXAN: No, while I was bartending in New Orleans during Mardi Gras.

REVOLV: Okay, you are stuck on an island…

REVOLV: While you are on this island you only get one food, one book, one album, one person to talk to, and one person to have sex with. What do you choose?

ROXAN: Are you serious?! (laughing)

ROXAN: Okay, my one food would be sushi. My book would be any H.P. Lovecraft novel. My album choice would be Rolling Stones ‘Sticky Fingers’. The person I would choose to hang out with would be my best friend Tara, because I never get sick of her. And to sleep with?… I am trying to think. Probably a young Rutger Hauer (laughing) or a young Harvey Keitel (laughing).

REVOLV: That is the first time that I have heard anyone choose either of them (laughing).

REVOLV: Well, thanks for being such a good sport. You are awesome.